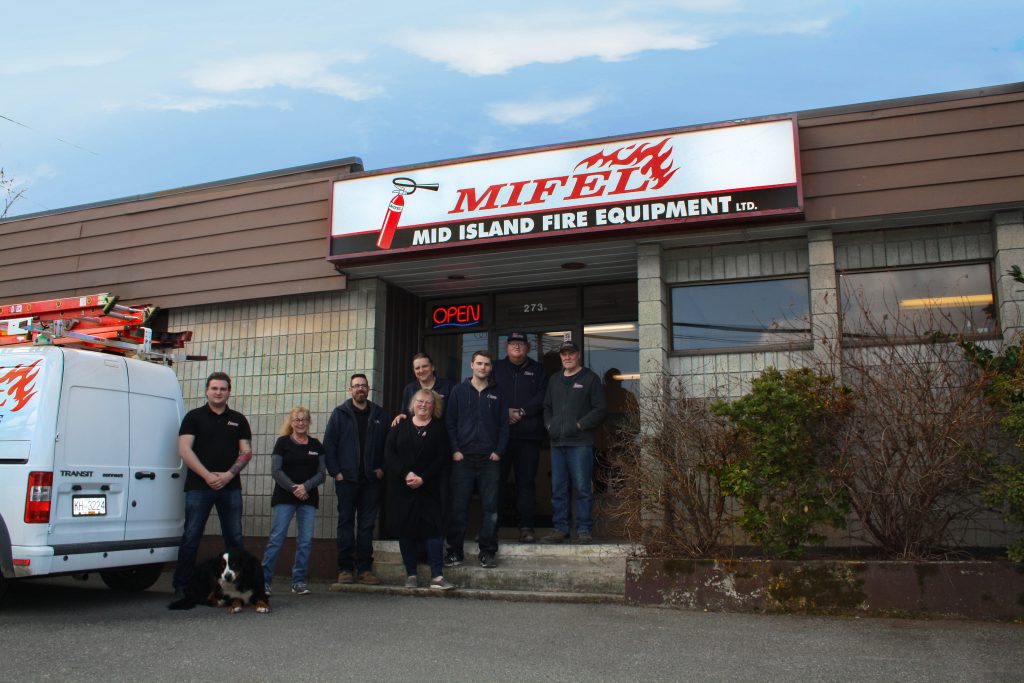 Our Products page will allow you to read what products we have in shop, feel free to contact us for any quotes.

Our Services pages describe in short what we do in shop, and what we offer on the road.

In FAQ's and Information you will find just that, we will add to this page as more common questions come along.

The Contact page contains everything from E-mail to shop hours, and Google Maps.

History is a little extra information, for any who our curious about MIFEL's long past. This page also has all our recycling information, we our proud to be involved in a very interesting reduce, reuse and recycling process.

*covid update* we are open

due to limited staff services will take longer.

we also ask that customers respect a 'one person in shop' maximum at this time. please call us for any questions or concerns.
thank you

- How to use a fire extinguisher -

All rights to video belong to Howcast, for educational use only.

A well known company is recalling 37 million fire extinguishers in the U.S. and 2.7 million in Canada because they can get clogged or require excessive force to discharge and won’t work in an emergency.
Kidde Corporation, based in North Carolina., said Thursday it is recalling 134 different brands of fire extinguishers manufactured between Jan. 1, 1973, and Aug. 15, 2017. The recall includes models that were recalled two years ago.

Alongside the CPSC in the U.S., Health Canada says it has received two reports of failed activation in Canada, one involving property damages. No one was injured in either incident.

The company says customers will be sent a replacement unit, free of charge, within two weeks, and no proof of purchase is required.
Sedarat says the recall should serve as a reminder to Canadians that are cutting corners with fire safety. He recommends one up-to-date extinguisher on every level of a home, displayed prominently. “It’s a matter of prevention,” he said, “it’s like insurance.”

Thank you for taking the time to read our updates. We here to take your bookings and answer any questions,

simply email, call in or stop by our shop.